Polka-Dot Puss is a 1949 one-reel animated cartoon and is the 39th Tom and Jerry short produced in 1948 and released on February 26, 1949. The short was directed by Tom and Jerry’s creators, William Hanna and Joseph Barbera, produced by Fred Quimby, animated by Kenneth Muse, Ed Barge, Ray Patterson and Irven Spence, and scored by Scott Bradley, who here did an early version of the duo’s recognizable iconic theme tune that would continue to be used in their cartoons throughout the 50’s and 60’s. 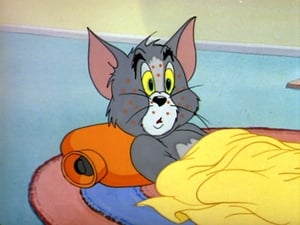