Tee for Two is a 1945 one-reel animated cartoon and is the 20th Tom and Jerry short. It was produced in Technicolor and released to theatres on July 21, 1945 by Metro-Goldwyn Mayer. The cartoon name is a pun on the phrase “Tea for two”. It was the final wartime Tom and Jerry cartoon.

It is also the start of the gag that whenever there is a slot machine the results are always three lemons and a whole lot of the material thrown in it is prized. Tee for Two won the 1945 Sports Award for animated sports cartoons. This is the first of four wins. 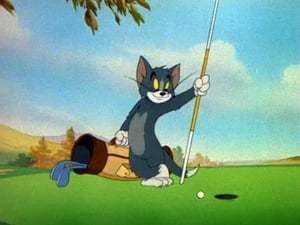