Fine Feathered Friend is a 1942 one-reel animated cartoon and is the 8th Tom and Jerry short released by Metro-Goldwyn-Mayer and reissued in 1949. It was directed by William Hanna and Joseph Barbera and produced by Fred Quimby. The cartoon is set almost entirely in a barnyard, where Tom’s efforts to catch Jerry are made all the more problematic by a hen and her nest of soon to be hatched chicks. It was animated by Pete Burness, Kenneth Muse, Jack Zander and George Gordon. Bill Littlejohn was credited in the original release, but his credit was omitted in the 1949 reissue. This is the first Tom and Jerry cartoon to have animation by Kenneth Muse, an ex-Disney animator who would draw the characters in the style that is remembered today. This is also the first Tom and Jerry cartoon to credit the animators. This is also the second to last cartoon featuring Clarence Nash as Tom’s Screeches and Meows but was not credited. The original release opened with the “Tiger Rag” opening gag and music still seen on the one-shot cartoons Blitz Wolf and Chips Off the Old Block; this was replaced with a later Tom and Jerry theme for the reissue version. 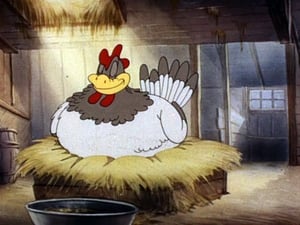