The Little Orphan is a 1949 American one-reel animated cartoon and is the 40th Tom and Jerry short, released in theatres on April 30, 1949 by Metro-Goldwyn Mayer. It was produced by Fred Quimby and directed by William Hanna and Joseph Barbera, with music by Scott Bradley. The cartoon was animated by Irven Spence, Kenneth Muse, Ed Barge and Ray Patterson.

The Little Orphan won the 1948 Academy Award for Best Short Subject: Cartoons, this being the fifth Oscar given to the cat and mouse team. Though the cartoon was released in 1949, it won its Oscar the previous year. This may have been because it was given a short run at a cinema in 1948 to qualify it for that year’s Academy Award. 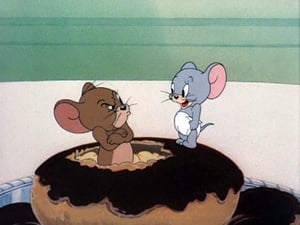