Mouse Trouble is a 1944 American one-reel animated cartoon and is the 17th Tom and Jerry short produced by Fred Quimby and directed by William Hanna and Joseph Barbera, with music by Scott Bradley. The cartoon was animated by Ray Patterson, Irven Spence, Ken Muse and Pete Burness. The cartoon won the 1944 Academy Award for Best Animated Short Film, the second consecutive award bestowed upon the series. It was released in theatres on November 23, 1944 by Metro-Goldwyn Mayer and reissued on December 12, 1951 for re-release. 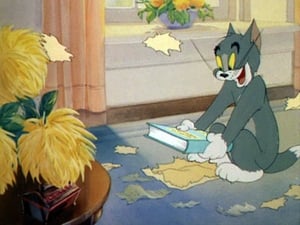