Smarty Cat is the 95th one reel animated Tom and Jerry short, created in 1954, and released on October 14, 1955 by Metro-Goldwyn-Mayer. The cartoon was directed by William Hanna and Joseph Barbera and produced by Fred Quimby,William Hanna and Joseph Barbera with music by Scott Bradley. Smarty Cat was animated by Kenneth Muse, Michael Lah, Ed Barge and Irven Spence, with backgrounds by Vera Ohman and the layouts by Richard Bickenbach. The name is the pun on the saying “Smarty pants.” It is also a “wrap-around” T&J short, integrating footage from previous shorts into the plot. 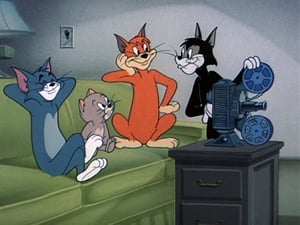