Posse Cat is the 81st one reel animated Tom and Jerry short, created in 1952. As with all Tom and Jerry cartoons at the time, it was directed by William Hanna and Joseph Barbera and produced by Fred Quimby with music by Scott Bradley. The short was animated by Irven Spence, Ed Barge, Kenneth Muse and Ray Patterson, the usual quartet of animators who dealt with the vast majority of Tom and Jerry shorts in the Hanna and Barbera era. The backgrounds was credited to Robert Gentle. It was released on January 30, 1954 by Metro-Goldwyn-Mayer.

Posse Cat is seen as the sequel or successor to 1950’s Texas Tom, which is often considered one of the more popular Tom and Jerry shorts, though it was not nominated for an Academy Award that year. 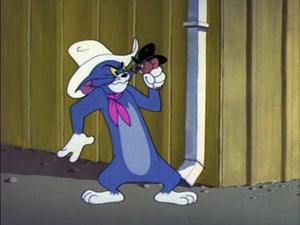