The Missing Mouse is the 73rd one reel American animated Tom and Jerry short, created in 1951, directed by William Hanna and Joseph Barbera and produced by Fred Quimby. It was the first and only cartoon in the Hanna-Barbera era that the music was not composed by Scott Bradley. Instead, Edward Plumb scored the music for this cartoon. It was animated by Ray Patterson, Ed Barge, Kenneth Muse and Irven Spence, with backgrounds by Robert Gentle. It was released on January 10, 1953 by Metro-Goldwyn-Mayer. 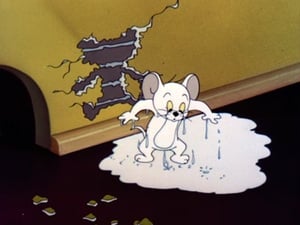