The Dog House is the 72nd one reel animated Tom and Jerry short, created in 1951 directed by William Hanna and Joseph Barbera and produced by Fred Quimby with music by Scott Bradley. It was animated by Ed Barge, Kenneth Muse, Ray Patterson, Irven Spence, with backgrounds by John Didrik Johnsen. The cartoon’s plot was inspired by, and is very loosely based on the 1948 Cary Grant/Myrna Loy film Mr. Blandings Builds His Dream House. It was released on November 29, 1952 by Metro-Goldwyn-Mayer 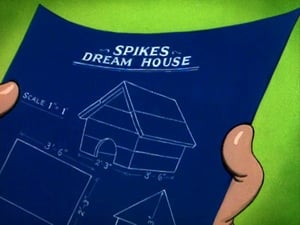