Jerry’s Cousin is a 1951 one-reel animated cartoon and is the 57th Tom and Jerry short released in 1951 on April 7 by Metro-Goldwyn-Mayer, it was nominated for the 1951 Academy Award for Best Short Cartoon, but lost to Gerald McBoing-Boing, a UPA production. The cartoon was directed by William Hanna and Joseph Barbera, produced by Fred Quimby, scored by Scott Bradley, and animated by Ray Patterson, Ed Barge, Kenneth Muse and Irven Spence. Paul Frees provided the voice of Jerry’s cousin, Muscles.

The character of Muscles reappeared in Tom and Jerry: The Magic Ring, however his name changed to Freddie and he was hostile to Jerry. 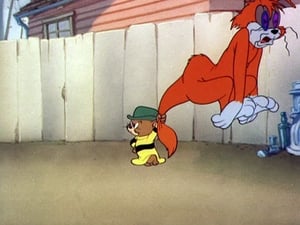